← more from
Lapsus Records
Get fresh music recommendations delivered to your inbox every Friday.
We've updated our Terms of Use. You can review the changes here. 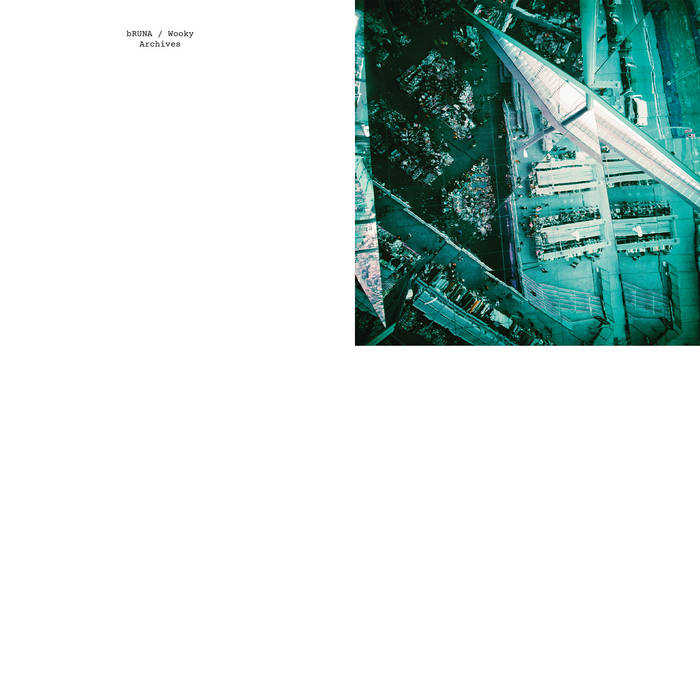 s2k2ky After the Sonar live show I had to buy it. Awesome Favorite track: bRUNA - track 1.

bRUNA and Wooky are two key figures in Spanish electronic music. Regulars in the line-ups of festivals such as Mutek, Primavera Sound and Sónar, where they have performed on many occasions, both have a solid recording career behind them, which has led to them becoming part of the Red Bull Music Academy and topping the best of the year lists (bRUNA’s two LP's were named "Album of the Year" in Spain in 2009 and 2013).

Both are also co-directors of Lapsus, a multidisciplinary project founded in 2004 that has established three lines of activity: Lapsus Radio, their famous program on National Radio of Spain; Lapsus Festival, the avant-garde electronic music festival held annually at the Centre of Contemporary Culture of Barcelona; and Lapsus Records, for which they have already published distinguished artists such as Pye Corner Audio, Dalhous, Plaid, Etch, Kettel and Ametsub.

So it is of no surprise that the union of both creative talents would result in a split recording sooner or later. "Archives" is their first adventure together and also their personal vision of ambient music and its different branches. A further twist in the career of two unique artists.

Lapsus is also proud to announce that bRUNA and Wooky will be premiering "Archives" at Sónar Festival 2016 on June 18th along with the incomparable Alba G. Corral, who will be in charge of visual support to this really special occasion.

The beautiful photographs that make up the artwork on the album are by Albert Miralles, Cristina Salinas and Alfons Pich, and the design was created by the studio Basora.

Now you can listen to the advance singles "track 1" by bRUNA and "Tropic" by Wooky. Vinyl, cassette, CD and digital formats are available for pre-order at www.lapsusrecords.cat.

Bandcamp Daily  your guide to the world of Bandcamp

The Hammer and The Relentless from the Boston band Malleus stop by for a chat.